Cocksplit is a member of the Kingswood Children.

Cocksplit was born in Oldtown. His father was a rich merchant, who anticipated for his son to take over his business. When he died, however, Cocksplit became insane. He raped and slaughtered his mother and sister and ran away from justice. On his travels he met the Kingswood Children and he became a member. He earned his name for splitting manhoods as a torture method. 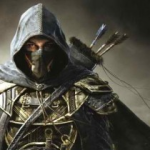