House Forrester is a noble house from the wolfswood in the North of Westeros. They are vassals of the Starks of Winterfell, and have their seat at the wooden castle of Ironrath. Due to the location of their stronghold the Forresters control the largest ironwood forest in Westeros.

Their sigil is a white ironwood tree on a black field embellished with a black sword. Their words are "Iron From Ice"

The Forresters have generally been very brave and loyal allies. Ususally recognizable by their strong, tall builds, and distinct green eyes.

The Forresters are seated at Ironrath, an ironwood stronghold surrounded by towering ironwood trees. Built over fifteen hundred years ago by Cedric Forrester and his triplet sons, Ironrath is a testament to the strength and endurance of ironwood. Ironrath sits on the edge of the largest ironwood forest in Westeros, which has proven to be a strategic advantage for the House.

At the outset of the War of the Five Kings, House Forrester pledged fealty to Robb Stark as King in the North, a decision which placed them in a tenuous position following Stark's death and the defeat of the Northern rebellion at the Red Wedding, where in the chaos Lord Gregor Forrester was killed, and his son Rodrik, was severely injured. After receiving news of the Red Wedding, Gregor's 3rd born son, Ethan, was made Lord of Ironrath, as his 2nd born son, Asher, had been exiled to Essos because of an affair with a Whitehill girl. Lord Ethan's reign was cut short during a visit from Ramsay Snow, who stabbed him in the neck, killing him.

After Ramsay Snow left, a cart bringing in Forrester dead from the Red Wedding brought in the corpse of Gregor, and seriously injured Rodrik, falling from the back. After being nursed back to health, Rodrik was named Lord of Ironrath, and served strongly against the Whitehills, who were making advancements on Forrester ironwood, and rebuilt the strength of House Forrester, with help from his brother Asher, mother, and other allies.

As the War of the Five Kings came to a stop, House Forrester pledged it's fealty to the King, Stannis Baratheon, and to House Stark, their Lords of the North.

Lord Bryan Forrester was contacted by Lord Rickard Whitehill with the idea of forming an alliance, which Bryan gladly accepted and the two houses feasted together in Highpoint. 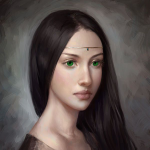