House Staunton of Rook's Rest is a noble house from the Crownlands. Their words are "Our Wings Are Our Wealth". Their arms are blazoned with two black wings upon a white fess on checkered black and grey.

The current lord of the House is Denys Staunton, a man past his prime. His heir is his son, Jon Staunton.

Rook's Rest is located on the northern shore of Blackwater Bay, west of Cracklaw Point. The castle is northwest of Driftmark, northeast of Duskendale and southeast of Maidenpool.

House Staunton have been both supportive and against House Targaryen. A Lord Staunton, alongside Lords Darklyn and Towers, yielded the Red Keep to Jaehaerys after the realm began to turn against his uncle, King Maegor I. The three lords were sent to the black cells before eventually being pardoned.

The Staunton's were also prominent during the Dance of the Dragons.

At some point during the beginning of the sixth era, Jon Staunton married his cousin, Joanna Waters, as instructed by his father.

The two cousins, Joanna and Gysella, quarreled over the slightest thing due to living in close quarters. Their differing personalities made it difficult for Lord Denys to repair. The problem became larger after Denys announced he would be marrying Gysella to a household knight, Walter. Denys and Gysella are unaware that the marriage was orchestrated by Jon and Lanna (their mother), who wants to give her daughter a better purpose in life.

As winter approached Rook's Rest, Gysella hid away from the wedding preparations. Those who live within the castle began to notice Denys' declining health.

Gysella and Walter were married in a private ceremony between family and local smallfolk. During the celebratory feast, Denys apologized to his daughter for his mistreatment of her in the past and told her how proud he was of her. At her wedding, Gysella also learned of Joanna's pregnancy. 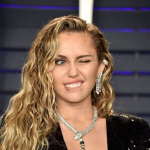